The Apple Crisp Has Eyes

Is there anything better than homemade apple crisp? Maybe, but not much.

So, I decided to bake some up, and I noticed a striking resemblance to the Nevada desert. I topped it off with a sugar cookie decorated to look like an Airstream trailer. The glaze is a simple milk + sugar mix with a bit of black colouring and silver lustre dust. The wheel and blinds are made from gum paste. The "rocks" are actually cinnamon cookie nuts I bought at Picard's Peanuts. If you're ever in the area, I highly recommend picking some up. 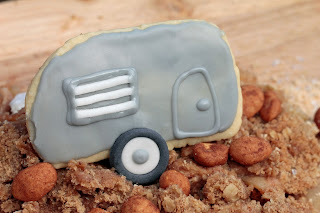 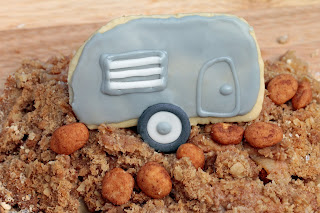 Just like my Dawn of the Gingerbread, this treat was inspired by a horror film with an almost-equally-famous remake. The original (1977) is a cult classic by the legendary Wes Craven, and the remake (2006) is a brutal gore-fest courtesy of Alexandre Aja, who's not one to mess around. Both tell the story of a happy American family (mother, father, son, daughters, son-in-law, baby and dogs) traveling through the Southwest when they find themselves stranded in the desert. As if this weren't enough of a problem, there are also mutant cannibals living in the surrounding hills. Once the attacks start, our heroes are pushed to their limits in fighting for their survival. I wish I could combine these two films into the ultimate hunted-in-the-desert film.

I find the first one a little slow and unintentionally goofy, and the remake is so cruel and gruesome that even I, a seasoned horror fan, found it hard to handle. But I love the gritty, nostalgic feel of the first and I thought the back-story that was introduced in the remake was worthwhile and added interest. If you could take the best of both, you would have a fantastic film, but I respect them separately and for their own merit. 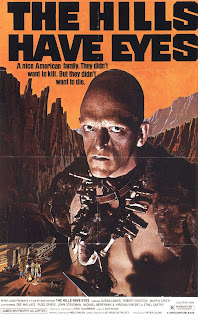 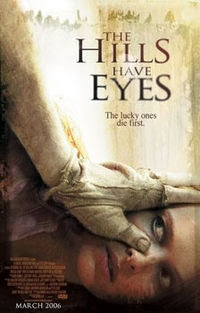