I made these toppers entirely out of gum paste this time, which I find much easier to work with than fondant. I think the colours come out brighter, too. 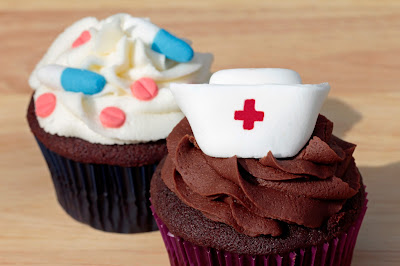 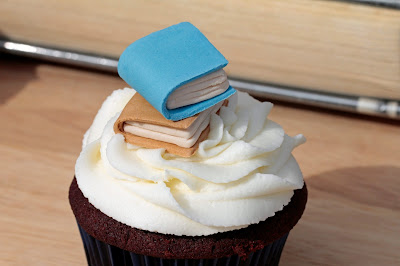 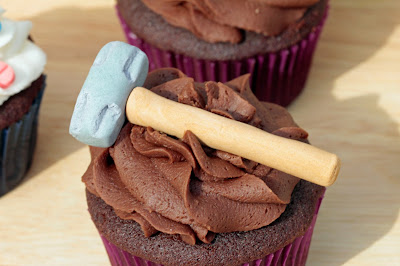 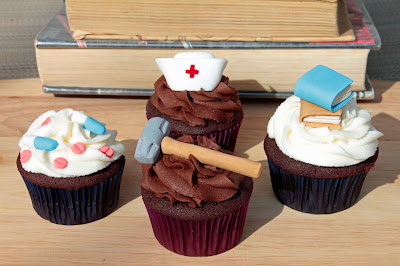 This cupcake series pays homage to Reiner's Misery (1990), an adaptation of the Stephen King novel of the same name. It's unique for featuring one of the best movie villains of all time: the role that won Kathy Bates an Oscar. The story begins as Paul, a successful novelist, drives from Colorado to Los Angeles, only to end up driving off the road in a blizzard, breaking both his legs in the process. He is rescued by his "number-one fan", a nurse named Annie, who takes him back to her isolated cabin to nurse him back to health. Lucky coincidence, right? Not so much. When Annie says she's his number-one fan, she really means it. She will stop at nothing to keep him there, and after the two have an artistic disagreement, Paul finds himself writing to survive.

Don't be fooled... This is the face of pure, deranged evil.

"I thought you were good, Paul... but you're not good. You're just another lying ol' dirty birdy."

For another excellent film adaptation of a Stephen King novel, check out my Shining Cakes.
Posted by creepycookie at 13:59