First I made little fondant axes based on the one from the movie. I made an eggnog cake (gotta use it up) and a couple of eggnog cupcakes. The icing has some eggnog in it as well. It's a subtle flavour but makes for some really moist cakes! I cut off a slice and decorated it to look like a door, with white chocolate splinters and a chocolate chip doorknob. 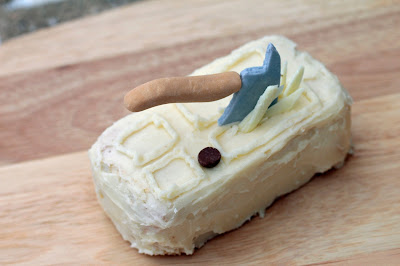 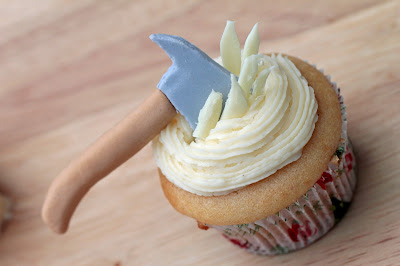 These cakes pay homage to the famous scene from Kubrick's The Shining (1980). This is an excellent film that drips unsettling originality all over the screen. It tells the story of Jack Torrance, a writer who takes a job as caretaker of snowed-in hotel. He, his wife, their young son and a whole host of ghosts live together for months, cut off from the outside world. Eventually the cabin fever gets to Jack and he develops a strong dislike of bathroom doors and hedge mazes. 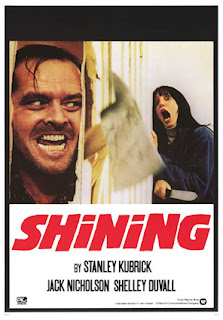 Hey, all work and no play makes Jack a dull boy! And evil ghosts don't help either.